Like an enormous living museum, Mexico City is a remarkable showplace for Mexico’s 2,000 years of human cultural achievement. It ranks as one of the world’s great capitals and is a must for anyone yearning to understand Mexico’s complex past and ever challenging future. The size and grandeur of the city are staggering. It is not only the oldest continuously inhabited city in the Western Hemisphere, but it also carries the burden of being the largest city the world has ever known. Mexico City is located on an expansive dry lake bed in a highland basin surrounded by towering mountains. The city has a population of approximately 20.000.000 inhabitants.

Mexico City is a fascinating capital that beguiles its visitors with endless options. One of the largest metropolitan areas in the world, with 16 boroughs and more than 300 neighborhoods, it might seem a bit overwhelming to the first-time visitor, though it doesn’t have to be. Many of the most visited tourist attractions in Mexico City are concentrated in the historic center, including the Plaza de la Constitucion or Zocalo, the National Palace, Metropolitan Cathedral, Templo Mayor, Palace of Fine Arts and Alameda Park. A few blocks north of the Palace of Fine Arts, Plaza Garibaldi is one of the best places in Mexico City to hear live mariachi music.

Located west of the historic center, the Plaza de la Republica is home to the newly refurbished Revolution Monument and National Museum. Chapultepec Park, the largest in Mexico City, is divided into three sections and home to several of capital’s top tourist attractions, including Chapultepec Castle, the Modern Art Museum and the National Museum of Anthropology. Keep in mind that, with a few exceptions, most museums and archaeological sites in Mexico City are closed on Mondays. After visiting Chapultepec Park, enjoy a leisurely stroll along the Paseo de la Reforma. Several interesting Mexico City sights and attractions are located along this main boulevard including the Monumento a la Independencia, La Diana Cazadora and El Caballito, as well as numerous high-rise buildings, luxury hotels, shopping centers and the U.S. Embassy. A wide pedestrian promenade extends along the middle of the boulevard, making it easy to explore this area of the city on foot. On Sunday mornings the Paseo de la Reforma is closed to traffic to accommodate the city’s cyclists.

You’ll also want to explore the neighborhoods of Zona Rosa, Roma, Condesa, Coyoacan and San Angel. Home to lovely parks, plazas, shops, markets, cafes and some of the top tourist attractions in Mexico City, these artsy neighborhoods are especially popular among visitors to the city and foreign residents. Nearby, in the trendy posh neighborhood of Polanco you’ll find some of Mexico City’s top nightspots and chic restaurants.
Thanks to the great number of museums, monuments, traditional neighborhoods, historical buildings and cultural centers, the Mexican capital is the city where there is no space for boredom. For those who like history and plastic arts, you just need to walk along the Historic Downtown and discover, practically at every corner, a museum with interesting exhibitions. Music lovers will not want to miss the shows at the Bellas Artes Museum. Chapultepec Park, with the National History Museum at the Chapultepec Castle, and the National Anthropology Museum, require a full day of your vacation agenda. Something no one should miss on this lively city is the Casa Azul, the home where the famous Mexican painter Frida Kahlo lived, on the cozy Coyoacan neighborhood.
Xochimilco is best known for its canals, which are left from what was an extensive lake and canal system that connected most of the settlements of the Valley of Mexico. These canals, along with artificial islands called chinampas, attract tourists and other city residents to ride on colorful gondola-like boats called “trajineras” around the 170 km (110 mi) of canals. This canal and chinampa system, as a vestige of the area’s pre-Hispanic past, has made Xochimilco one of the most popular tourist sight in the capital of Mexico. Furhtermore, the Historic center of Mexico City (Centro Histórico) and the “floating gardens” of Xochimilco in the southern borough have been declared World Heritage Sites by UNESCO. 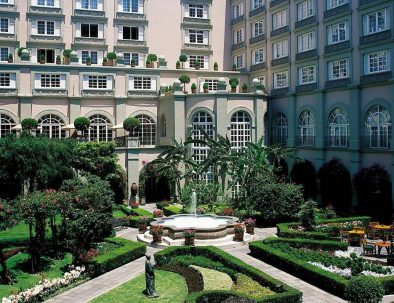 Mexico City
Among the most luxurious hotels in the capital, this eight-story hotel was modeled after the 18th-century Iturbide Palace
Grand Tourism
City hotel 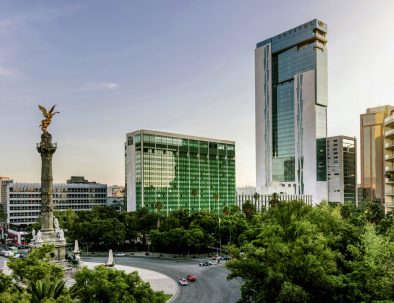 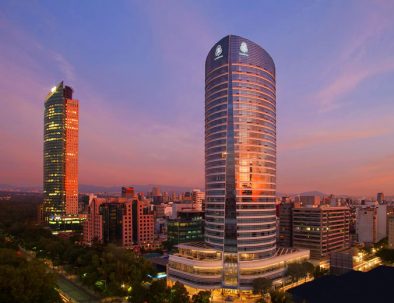 Mexico City
The ultra-modern St. Regis Mexico City, one of the tallest buildings in Mexico and Latin America, is located right across from the from Diana the Huntress
5 Stars
City hotel
All hotels 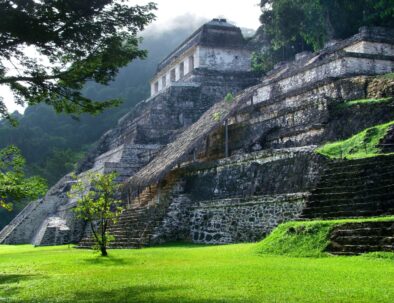 The Cities of Gods 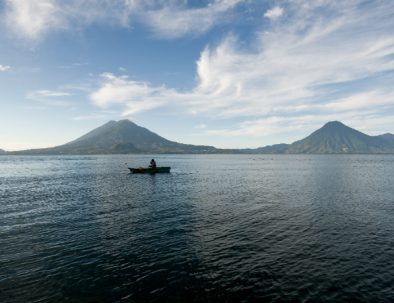 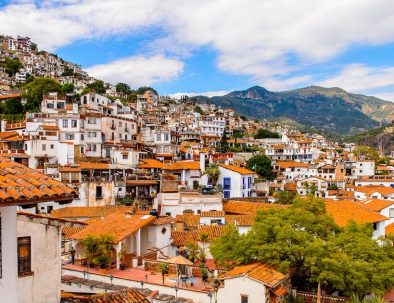 Mexico City
You will see how lived the most famous Mexican painter Frida Kahlo and fallen from grace of Stalin, Leon Trotsky 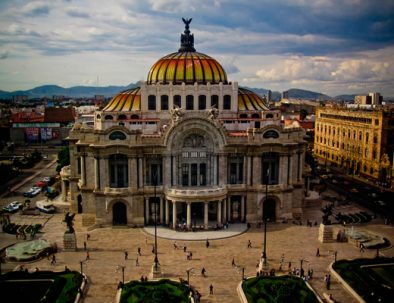 One Day in Mexico City 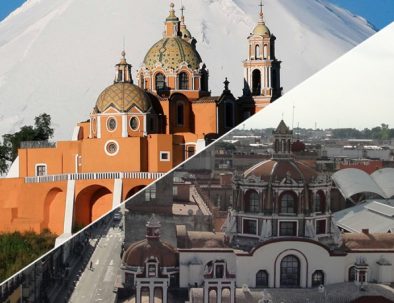