Located on Mexico’s Pacific Coast, the town sits at the bottom of the mountains at the midway of one of the world’s largest bays – the “Bahia de Banderas” or “Bay of Flags” in English. Known for its beaches, it offers an extremely wide variety of other attractions such as golf, whale watching, ecotourism, and others. The town has a semi-tropical climate, world-class accommodations to suit every budget, excellent restaurants, many choices of watersports activities, sightseeing excursions, art exhibit sand cultural events, tropical jungle getaways, sailboats, shopping, and discos. It offers a unique blend of traditional, “Old Mexico” charm mixed with the modern amenities of a cosmopolitan setting. With art exhibit sand cultural events, sun-filled sandy beaches, tropical jungle getaways, sailboats and discos, Puerto Vallarta offers an infinite variety of attractions, entertainment options, activities, and restaurants. Vallarta has everything for your appetite from the fast food to family-owned and worldwide recognized gourmet restaurants.

Nuevo Vallarta is a modern resort created in a project to increase the city of Puerto Vallarta to the north.

Before John Huston’s 1964 film, The Night of the Iguana, Puerto Vallarta was village lay picturesque and isolated on the Pacific Coast of Mexico, where the states of Jalisco and Nayarit meet. But Liz Taylor came to keep an eye on her lover Richard Burton while he was filming with the voluptuous Ava Gardner. The publicity buzz about Burton and Liz’s torrid affair and the movie put Vallarta on the tourist map.

The Puerto Vallarta region is actually several destinations rolled into one, each with its own character and charm. The River Cuale divides the town into north and south. On the southern end is the quaint Romantic Zone where the Playa los Muertos attracts sun worshippers to its golden sand and countless beach bars. Further south the seaside villages of Boca de Tomatlan and Mismaloya where The Night of the Iguana was filmed beckon. North of the river, the Old Town meanders uphill to Gringo Gulch and along the bay where you’ll find the Plaza de Armas (main square) and Los Arcos amphitheatre where daily free performances draw crowds.

Puerto Vallarta’s renowned Malecón (seaside promenade) runs from the Romantic Zone to the start of the Hotel Zone. Here you’ll find a whimsical collection of bronze sculptures, including the town’s iconic seahorse. Further north are the Hotel Zone and Marina where many resorts and restaurants are located. Traverse a modern bridge and you move from the State of Jalisco into Nayarit, home to the rapidly developing Riviera Nayarit with charming towns such as Bucerias and Sayulita and a host of resorts. Sharing the same latitude as the Hawaiian Islands, Puerto Vallarta sits prettily in the middle of the Bay of Banderas, Mexico’s largest bay, measuring 42 km from tip to tip. North of the city of Puerto Vallarta, the Ameca River forms a natural boundary between Jalisco and the state of Nayarit where newer resorts and developments form the Riviera Nayarit.

Once you get away from the beach, Puerto Vallarta’s hilly cobblestone streets seem to merge into the green foothills of the Sierra Madre Mountains. We doubt they sell many Stair Masters here; you’ll get plenty of exercise just navigating up and around town. The Cuale River, which divides Puerto Vallarta in half, flows down from the mountains and empties into the Pacific. Today, Puerto Vallarta reigns as one of Mexico’s most popular winter destinations because of its great diversity and almost perfect climate. Along with golden beaches, mountains and jungles you’ll discover modern amenities and creature comforts. In short, Puerto Vallarta is a very simpatico and affordable paradise that will appeal to just about everyone.

Nuevo Vallarta
This is a tourist area with high end hotels, villas and luxury houses, located along the lagoon which is stretched over 6 km. White sand beaches, developed infrastructure and abundant wildlife, Nuevo Vallarta makes the area attractive for any tourist. The most popular activity in the area is visiting the turtle reserve, located 110 km from Nuevo Vallarta. At the reserve marine turtles known as Tortugas Golfinas lay their eggs.Tour is given by a biologist or ecologist who first instructs the visitors on how not to harm turtles. During the tour, you can take part in the rescue of small turtles and receive a certificate for this. Usually a trip to the turtle farm is combined with a visit to the lagoon of El Quelele, a home to endangered species of crocodiles – American crocodile.
Another popular place in Nuevo Vallarta is waterpark called Splash. Splash has a water ride which goes up to 20 meters high. Visitors enjoy a show with dolphins and sea lions. The park has a team of animation, offering entertainment for both children and adults. Nuevo Vallarta is home to two well-equipped ports for private yachts known as Marina Norte and Marina Paradise. 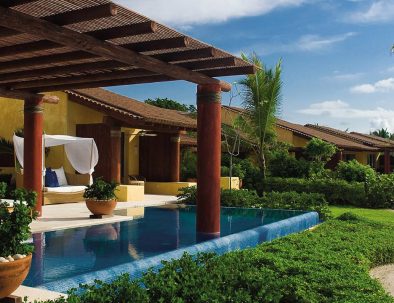 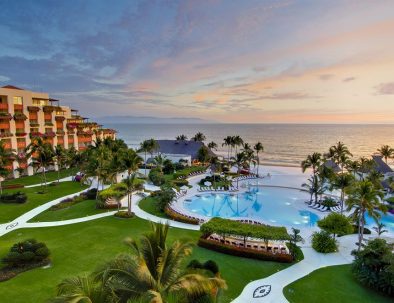 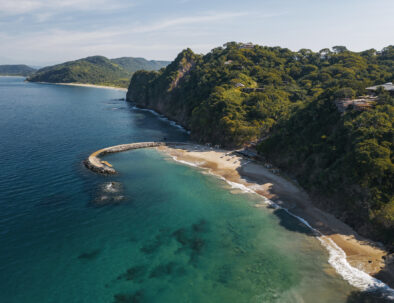 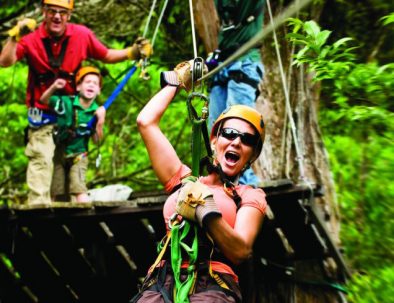 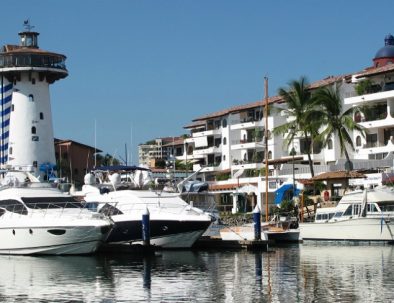 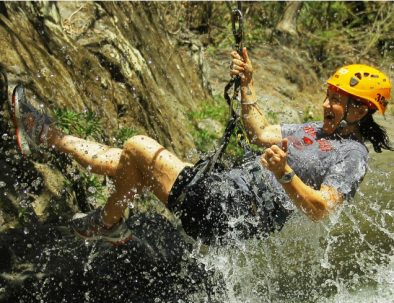