The Yucatan separates the Gulf of Mexico from the Caribbean Sea. The northern part of the peninsula is occupied by the Mexican states of Yucatan, Campeche and Quintana Roo. The south of the peninsula belongs to the states of Guatemala and Belize. The climate is tropical and hot. In the humid south, the main part of the territory is occupied by the rainforest, as you move north the climate becomes drier.

In the event that you have already enjoyed a beach holiday on the Caribbean coast, exploring ancient ruins and charged with adrenaline in parks and reserves, Yucatan is full of places for a rich cultural program: festivals, art exhibitions, dance performances, an interesting museum and much more, especially , in the city of Merida – the cultural capital of the peninsula, the entire center of which is built up with buildings in the colonial style.
The city of Campeche is located on the coast of the Gulf of Mexico, in the old years it served as a fortress protecting these lands of New Spain from English and French pirates and buccaneers. The city center has been beautifully restored – you will see pastel-colored facades, cobblestone narrow streets, beautifully preserved mansions that once belonged to landowners and much more. The fortress with its high walls and earthen ramparts deserves special attention.

CHICHEN ITZA
The most famous and most restored archaeological site of the Mayan civilization, the second most visited after Teotihuacan (Central Mexico). In 1988 it was included in the UNESCO World Heritage List, and in 1997 it was included in the list of New Wonders of the World. The main buildings are the Temple of the Warriors, El Castillo and the circular observatory known as El Caracol. We recommend visiting Chichen Itza on a day trip from Cancun.

Ek-Balam is a Mayan city whose development peaked in the 8th century, after which it was suddenly abandoned. Vegetation still covers most of the archaeological site. The dominant feature of the city is the Acropolis, which stretches for 160 meters. Next to the ruins is the city of the same name, in which the traditional way of the Mayan civilization reigns.

Yucatan
Chablé immediately immerses guests in the rich culture and history of the region, creating an authentic experience that blends nature and luxury
Grand Tourism 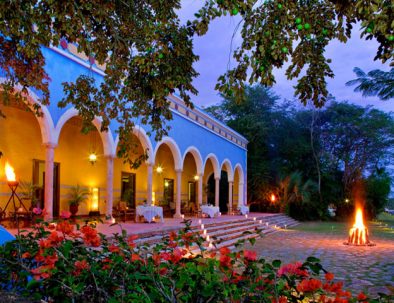 Yucatan
Hacienda Santa Rosa was an imposing property belonging to the nobility and which, with the passing of several generations, became a luxury boutique hotel
Boutique
All hotels 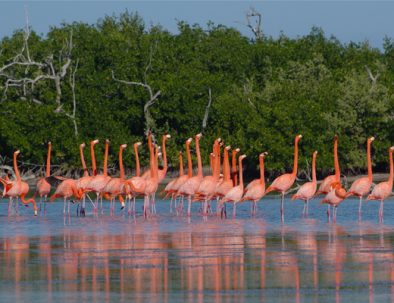